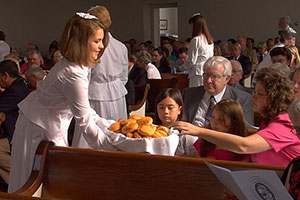 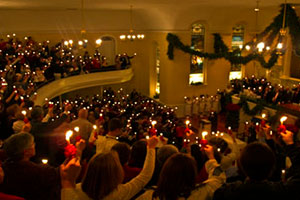 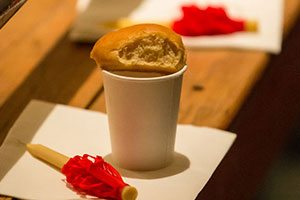 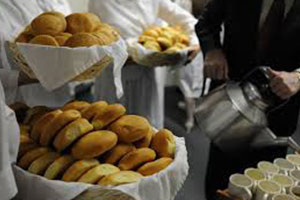 August 13: Known as the spiritual “birthday” of the Moravian Church

The second period in the history of the Moravian Church begins with the founding of Herrnhut in 1722. In that year, some families from Moravia, who had kept the traditions of the old Unitas Fratrum, fled from persecution in their homeland and found a place of refuge on the estate of Nicolaus Ludwig Count Zinzendorf (1700-1760) in Germany.

As the community grew, differences among the inhabitants caused serious conflicts, leading to a severe crisis in 1726. Count Zinzendorf introduced a communal covenant, known as “The Brotherly Agreement”, which outlined his vision of Herrnhut as a community based on Christian love. He encouraged the inhabitants of Herrnhut to study the Bible and to pray for one another.

On August 13, 1727, during a Holy Communion service at the Lutheran parish church in Berthelsdorf, the members of the Herrnhut community experienced a profound moment of spiritual renewal and reconciliation. It was like an outpouring of the Holy Spirit, which manifested itself in that, as one person observed, “we learned to love one another.” For this reason, the day is considered the spiritual “birthday” of the renewed Unitas Fratrum. It also has been called the “Moravian Pentecost,” although there were no signs of ecstatic or extraordinary spiritual manifestations.

The lovefeast of Apostolic times was resuscitated in its original simplicity by the Moravian Church in 1727. After the memorable celebration of the holy communion on August 13, seven groups of the participants continued to talk over the great spiritual blessing which they had experienced and were reluctant to separate and return to their own homes for the noonday meal. Count Zinzendorf, sensing the situation, sent them food from his manor house, and each group partook together, continuing in prayer, religious conversation, and the singing of hymns. This incident reminded Zin­zendorf of the primitive agape, and the idea was fostered until lovefeasts became a custom in Moravian life.

For more information about the Moravian Lovefeast Click Here

Worship Service
Sundays at 9:30 am